In the Section column, there must be an encoding that is used to determine the various settings of the printouts. The various items that make up the financial statements are divided into several sections; each section is as if it were in its own right.

This subdivision into sections allows you to choose whether to print the entire balance sheet and income statement, or choose which sections to print (eg only the balance sheet, or just a group, excluding the other components from printing).

Below we present a table with the coding to be used in the Accounts table, Section column.

The type of encoding set in the Section column is used to determine the print settings for Enhanced Balance Sheet with Groups.

Each section is printed as if it were a separate table.

Explanations of the different sections

These sections must be unique. There can be only one section, 1 Assets or 2 Liabilities. Similar sections can be used for other sections, ledgers or cost centers.

There are other sections types:

Disposition and width of columns in print

The disposition and the width of the columns are determined automatically by the program:

Sections of the Balance sheet report

In order to divide the Financial Statements into the various sections, the code indicated in the Section column must be entered: 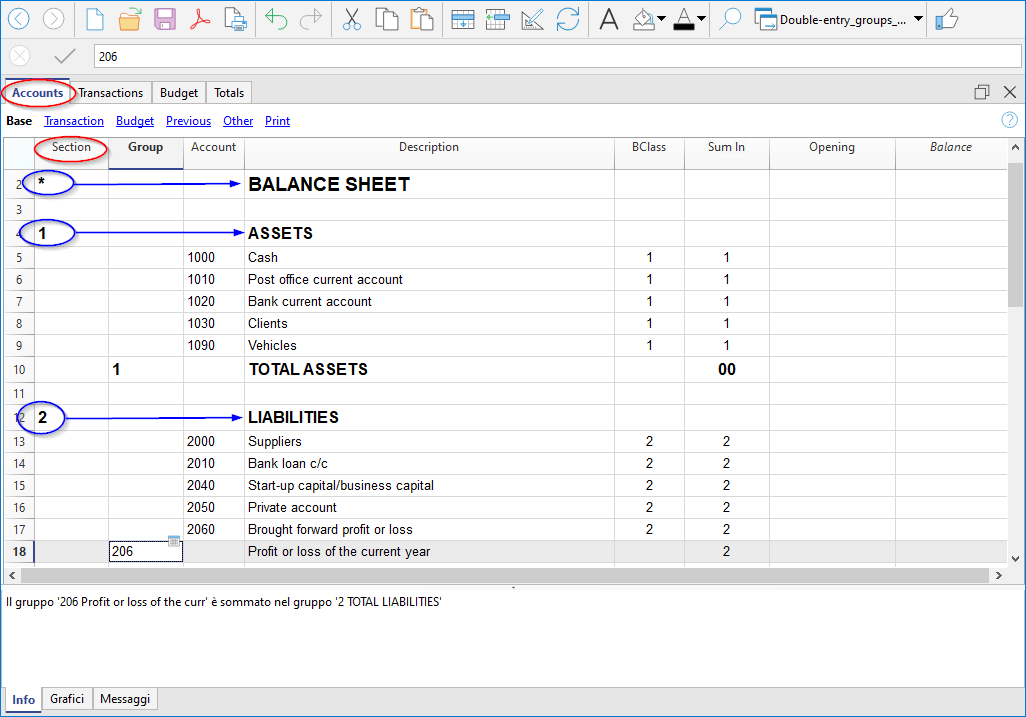 Sections of the Profit & Loss statement 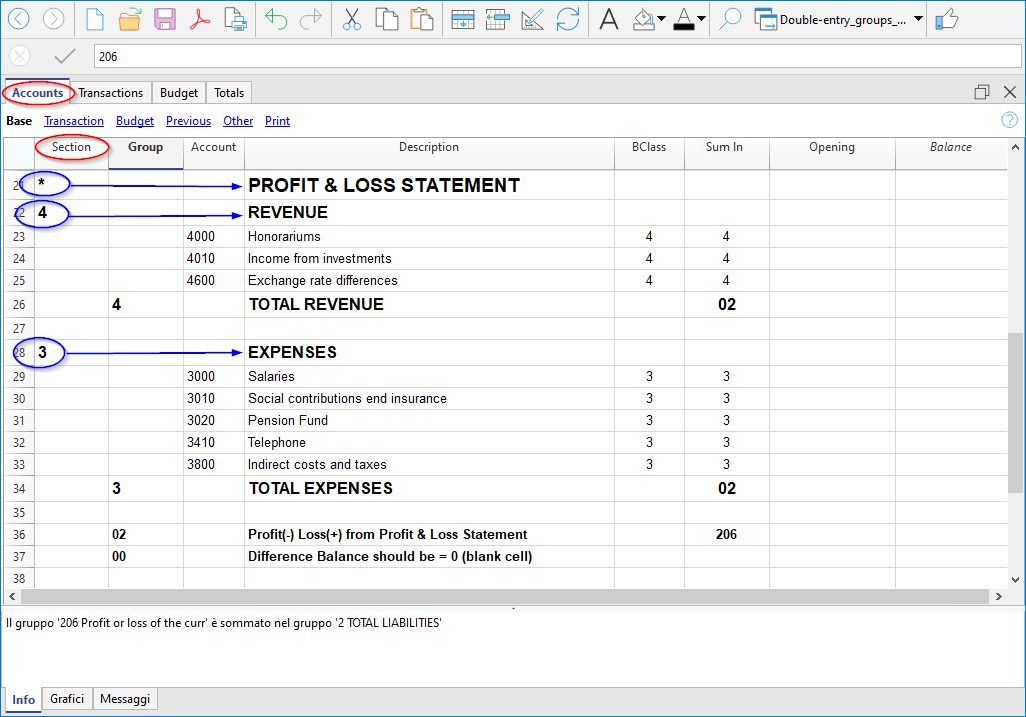 Sections of the Profit & Loss statement in a graduated format

In the case of a graduated income statement, the groups of expenses and revenues alternate and consequently there is no clear distinction between the section of costs and revenues, therefore enter only: 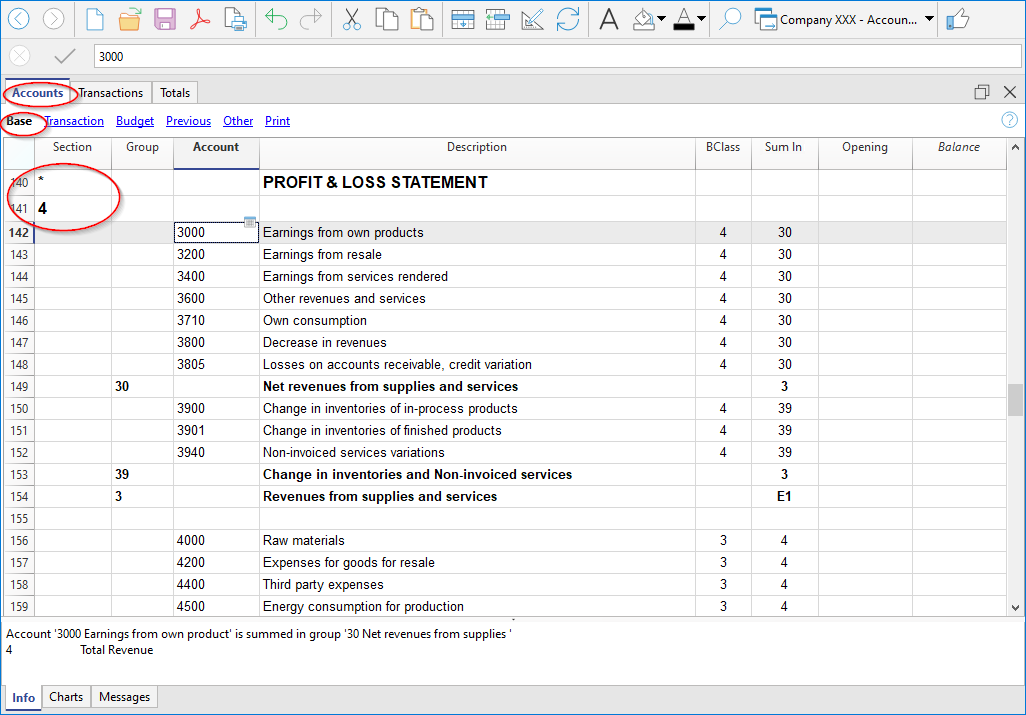 Sections in the customers / suppliers register

The display of the amounts is the same as for assets and liabilities. This coding also applies if customers and suppliers are set up as cost centers. 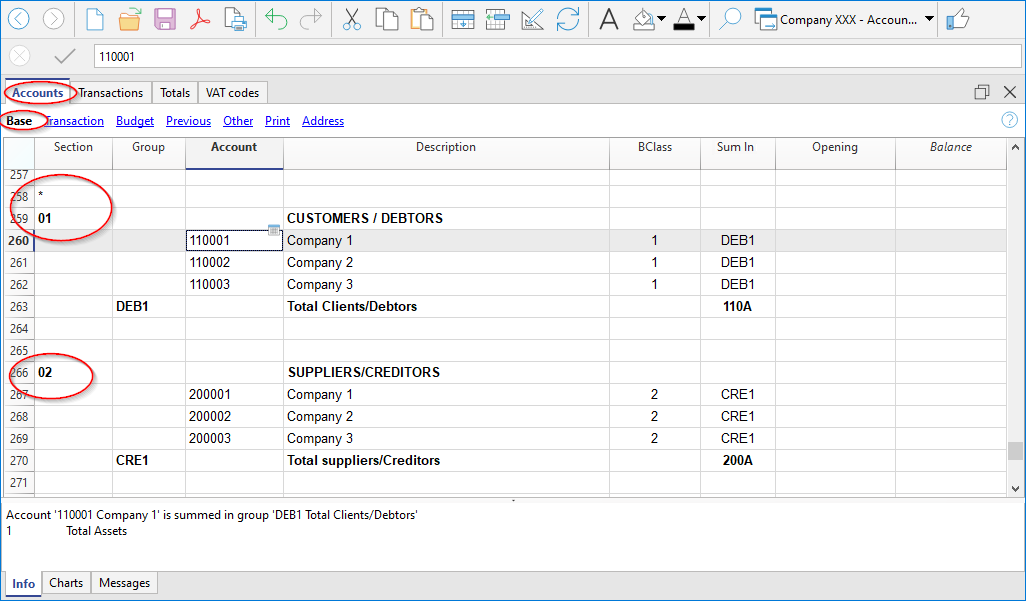 If there are cost and profit centers, you must enter:

The cost center amounts will be shown in positive as the costs; profit centers will be displayed in negative as revenue. 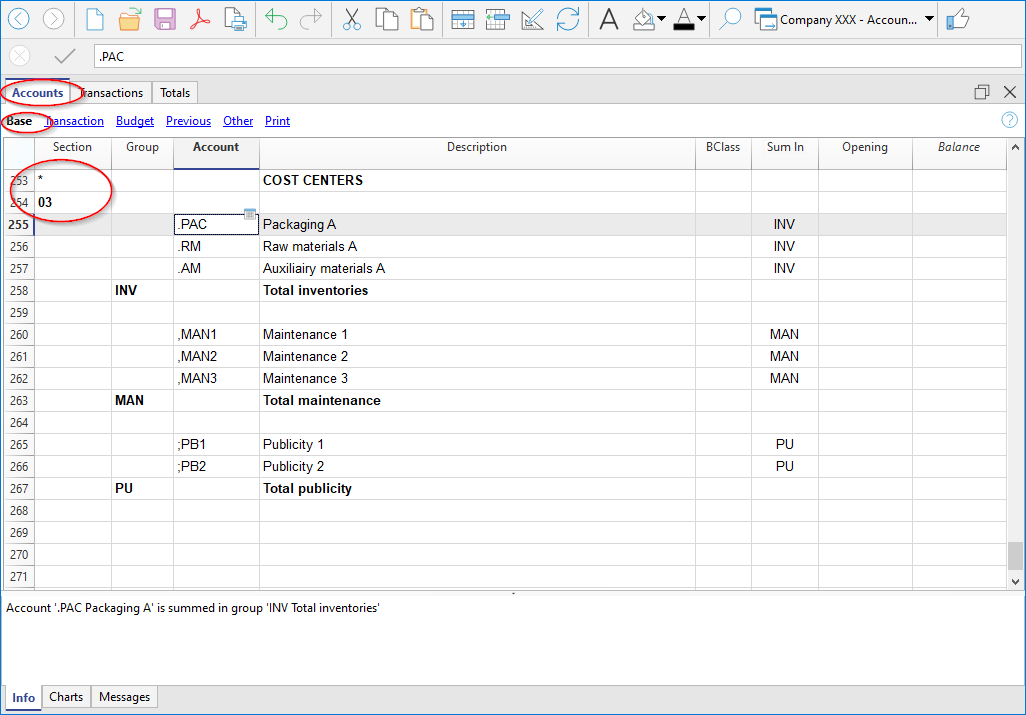